Well done. Look what authentic hosts in Berlin are offering to you on 9flats. 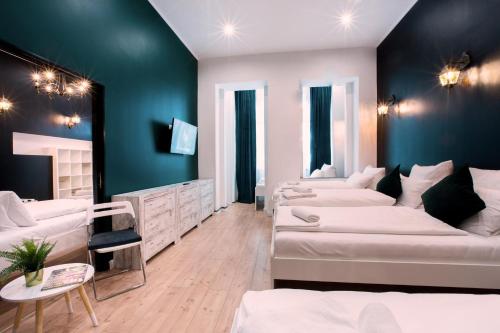 Hevals Schloss Appartment is set in the Steglitz-Zehlendorf district of Berlin, 7 km from Messe Berlin, 8 km from Berliner Philharmonie and 9 km from Potsdamer Platz. It is located 5 km from Kurfürstendamm and provides free WiFi plus a shared kitchen.Book now
from $12 per night 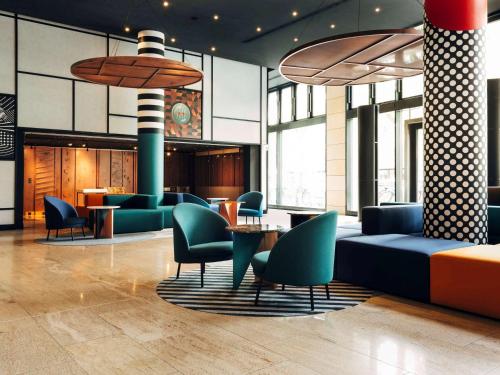 A spa with heated pool, 24-hour gym and elegant rooms are offered at this hotel. It lies just a 5-minute walk from Berlin Zoo and the Kurfürstendamm shopping street.Book now
from $116 per night 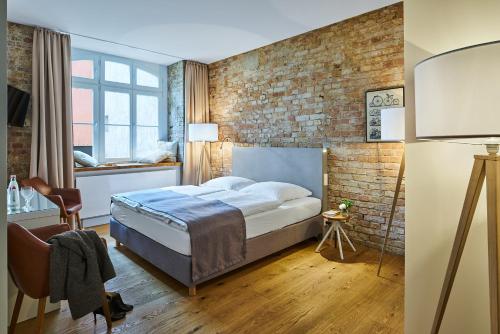 This hotel in Berlin's historic Scheunenviertel district offers free Wi-Fi internet. It is surrounded by popular bars and restaurants, and is 100 metres from the Oranienburger Tor Tram Stop.Book now
from $82 per night

This accommodation is centrally located in Berlin, within a 5-minute walk of the Gesundbrunnen Train Station. Ocak Apartment & Hotel offers air conditioning and free WiFi.Book now
from $85 per night 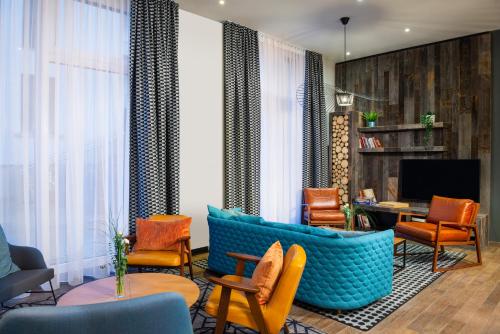 A 5-minute walk from Spittelmarkt Underground Station, this modern hotel in Berlin’s Mitte district is situated between Alexanderplatz and Potsdamer Platz. It offers a 24-hour bar and rooms with free Wi-Fi.Book now
from $59 per night 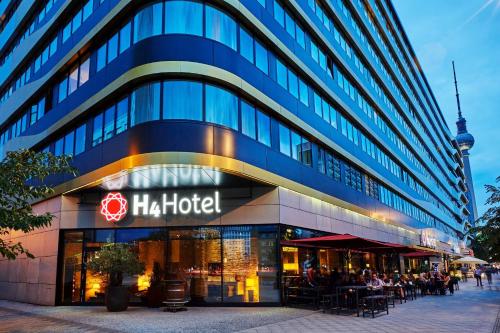 Just a 2-minute walk from Alexanderplatz, this hotel offers a rich breakfast buffet and modern, soundproofed rooms with a flat-screen TV. It has great transport links to all parts of Berlin.Book now
from $89 per night

Offering free WiFi and city views, Paul Robeson Str. II is an accommodation set in Berlin. The property is 4.1 km from Natural History Museum and 5 km from Berlin Cathedral.Book now
from $234 per night 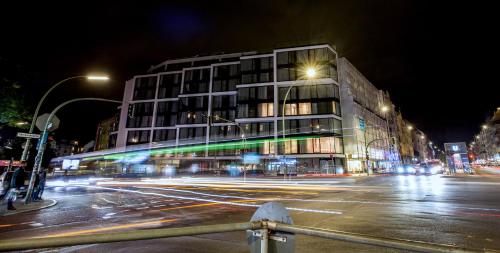 Aeronaut powered by Pearl 1 Living and Yachting Hospitality offers apartments in Berlin, 5 km from Checkpoint Charlie and most city centre attractions. Free WiFi is available and private parking can be arranged at an extra charge.Book now
from $108 per night 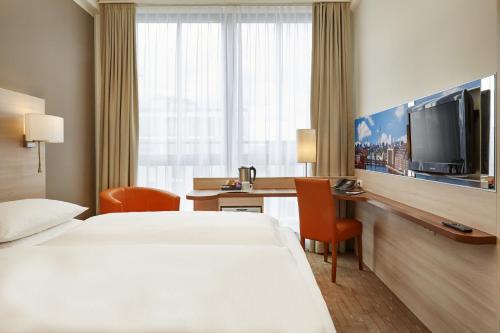 Just 300 metres from Friedrichstrasse Shopping Street, this hotel is centrally located in Berlin. Guests enjoy air-conditioned rooms and free use of the sauna.Book now
from $84 per night 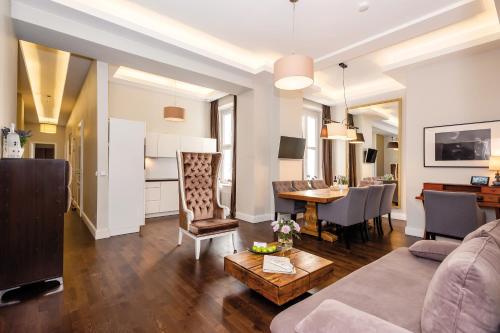 Arabel Design Apartments are quietly located in Berlin and offer free Wi-Fi. The property is 2 km from The Brandenburg Gate and from Checkpoint Charlie and is non-smoking throughout.Book now
from $99 per night

This centrally located hotel on Berlin’s historic Gendarmenmarkt Square features luxurious rooms, an exclusive spa and 2 restaurants with stunning views of the German Cathedral. A beautiful terrace with seating is located directly on the square.Book now
from $142 per night

See all 710 accommodations in Berlin

Accommodation and holiday rentals in Berlin

With a population of over 3.5 million, the German capital is one of Europe’s most unique cities. For lovers of history and culture, Berlin boasts numerous museums, galleries, and significant cultural and historical landmarks. For those who are looking for adventure, Berlin is known for its vibrant nightlife and has been a magnet for young and creative talent since the early 1980’s. In fact, the mass exodus to Berlin is on the rise, and is now considered to be one of the world’s prime locations for innovative new businesses.

Finding Your Own Berlin

Berlin gained worldwide notoriety after the construction of the Berlin Wall; the barrier between the political East and West. It is Berlin’s incredible story that has always made the city such a huge hit with tourists. Berlin is comprised of 12 unique districts that take on their own personalities, essentially functioning like little cities within the greater Berlin, thus it can be difficult to know the perfect place to stay. Luckily, 9flats.com offers vacation rentals and cheap accommodations across the city, giving you the chance to decide what Berlin you like best.

To make the most out of historical Berlin, booking a chic holiday apartment in the central district of Mitte will put you close to many of Berlin’s impressive museums. Amongst the wonderful attractions is the famed Jewish Museum, which documents two millennia of German-Jewish history and the iconic Brandenburg Gate, remaining one of the world’s most recognizable political symbols, as it became the backdrop of the eventual destruction of the Berlin Wall. The Bode and Pergamon Museums are home to entire structures and temples, and of course there is the remains of the wall and Check Point Charlie in the famous Mitte district.

Yet for those who are looking for something a little off the beaten path, 9flats.com offers vacation rentals in some of the Berlin’s most interesting and vibrant areas. Find holiday rentals in the notoriously young and ever-changing districts of Kreuzberg and Neukölln. There you can rent a city bike and take a ride through Berlin’s Tempelhofer Feld, an abandoned airfield turned public space. Afterwards walk along the canals, and dine on some of the neighborhood’s celebrated Turkish cuisine. With 9flats.com you can have it all.

Peace and Quiet in the Big City

Although Berlin is one of the biggest cities in Europe, it is famous for also being one of the greenest. Perfect for the summer months, when the sun stays doesn’t set until well into the evening, Berlin’s parks are often packed with sun bathers, musicians, open-air cinemas and beer gardens. They serve as an oasis in the center of the hustle and bustle of city life.
For those looking for a quieter stay in one of Berlin’s even more serene and peaceful areas; a vacation rental in Wilmersdorf will mean living amongst beautiful homes, ancient churches and synagogues, as well as the world-famous Schaubühne theatre.
Book a vacation rental near Tempelhof Park, a magnificent and alternative green area of the city. Or choose an apartment in Spandau to visit the Zitadelle Spandau, the only remaining fortress in Berlin. If you prefer to book an apartment outside the chaos of downtown, Steglitz is for you.

The best way to experience Berlin is by living like a local, while staying in an affordable and comfortable accommodation in the best locations 9flats.com has to offer.
Because of Berlin’s location, trips around Europe are easily accessible. Book a vacation rental in Prague or head over to the Netherlands and choose from hundreds of holiday rentals in Amsterdam. 9flats.com is your gateway to traveling the world in style.
9flats also offers a wide choice of hotels to book for your holiday or business trip to Berlin. Whether you are looking for a budget hotel or a 5-star luxury hotel, you are spoilt for choice on 9flats.

The cradle of Techno Music

Techno music is not originally from Berlin, but it is in this city that it has taken root more than any other city in the world, making it a universal symbol associated with it. Since the 1980s, from illegal locations in dark and crumbling basements or abandoned buildings, techno culture has spread throughout the city, and locales have sprung up that still represent the mecca of the world underground scene. We are talking about those clubs, such as the Tresor, where the most famous people of the world techno movement regularly perform.
In the endless Berlin, under the aegis of techno music, day and night mix continuously, and neighborhoods like Kreuzberg and Friedrichshain are teeming with people from all over the world just to enter at least once in a lifetime in the Berghain/Panorama Bar, icon of techno music itself, famous for its line ups as well as its bouncer at the entrance, which, based on completely personal criteria and outside any scheme, decides who can enter and who can not. So don’t think that it’s enough to dress extravagant or who knows what to get into the techno mecca: only the charon at the door will decide according to his taste and his feeling.
If you can’t get into the Berghain, you can switch to the Tresor, which is certainly not a second choice: one of the oldest clubs in Berlin, where you can still breathe the atmosphere of “decadence” typical of the first techno clubs at the time when the wall still resisted.
Or maybe always in the Friedrichshain area, you can let off steam at the Suicide Circus which, although it looks anonymous and almost sad from the outside, hosts, if not the most famous world dj’s, surely the best representatives of experimental techno and, even more, those of the local underground.
But there are hundreds of clubs and places to dance all kinds of techno, and new ones are born and die every month.

What are the recommended places to see in Berlin?

One day in Berlin by the New York Times

Latest reviews for places in Berlin

Show me apartments in: