Well done. Look what authentic hosts in New York City are offering to you on 9flats. 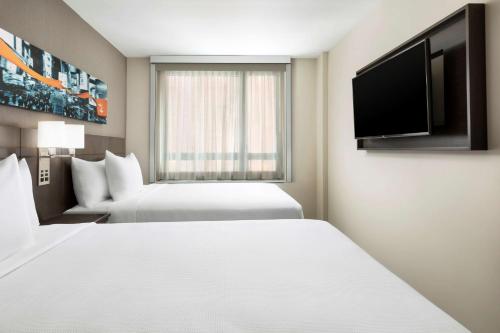 Hyatt Place New York City/Times Square features air-conditioned rooms with satellite flat-screen TV in the Hell's Kitchen district of New York. Among the facilities of this property are a restaurant, a 24-hour front desk and room service, along with free WiFi throughout the property. The accommodation offers a shared lounge and an ATM for guests.Book now
from $84 per night 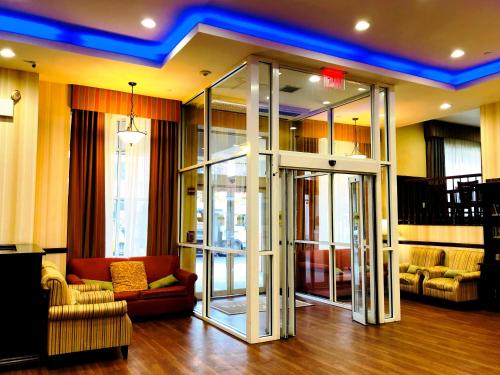 Located 322 metres from the Queensboro Plaza Station that connects guests to Manhattan, this Long Island City hotel features a gym and offers complimentary WiFi.Book now
from $61 per night 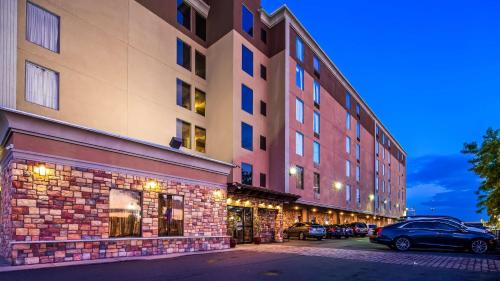 Offering free, 24-hour shuttle service to nearby Newark International Airport and guestrooms with microwaves and refrigerators, this New Jersey hotel is minutes from the Jersey Garden Outlet Mall.Book now
from $81 per night 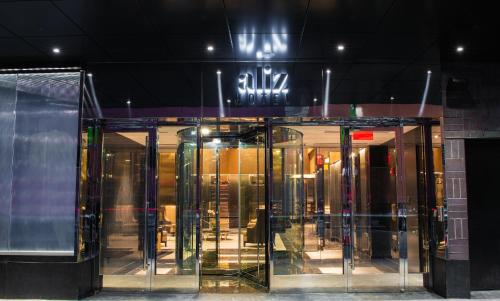 Offering free WiFi and a two-story rooftop bar and lounge with views of the Manhattan skyline. Aliz Hotel Times Square is situated in New York, 500 metres from Restaurant Row. The hotel is close to several noted attractions such as Times Square, Madison Square Garden and Macy's.Book now
from $67 per night

Located in New York, 600 metres from Lincoln Center, The Watson Hotel features a restaurant, bar and free WiFi throughout the property. The hotel has a seasonal outdoor pool and fitness centre. Private parking is available on site.Book now
from $1,378 per night 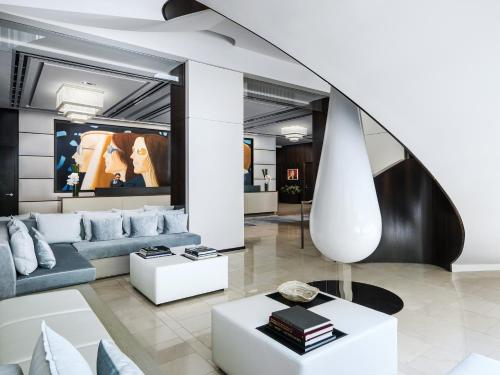 Located in Midtown Manhattan, between Bryant Park and the Empire State Building, this hotel offers rooms with iPod docking stations.Book now
from $378 per night 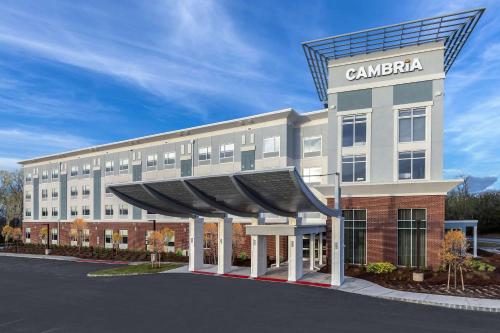 Grab a bite to eat at one of the onsite dining destinations when you book at the Parker New York.Book now
from $132 per night 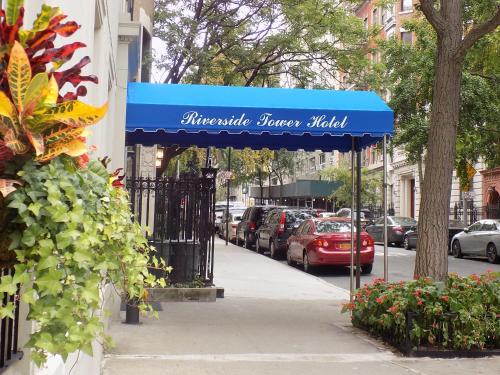 Offering complimentary WiFi, the Riverside Tower Hotel is 805 metres from the American Museum of Natural History. This non-smoking property is 2.1 km from the Metropolitan Museum of Art.Book now
from $99 per night 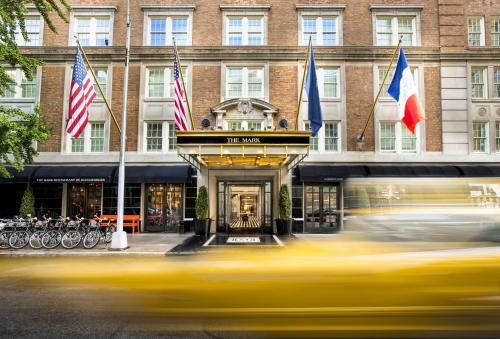 Located in Manhattan just 1 block from Central Park, this boutique hotel features The Mark Restaurant. With an artistic design, Mark Hotel includes a state-of-the-art gym and spacious guest rooms.Book now
from $695 per night 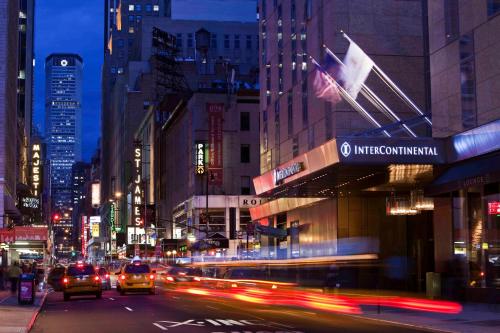 Moxy NYC East Village has a restaurant, free bikes, a fitness centre and bar in New York. Among the facilities at this property are a 24-hour front desk and a shared lounge, along with free WiFi throughout the property. Private parking can be arranged at an extra charge.Book now
from $77 per night

The most populous city in the US and one of the most populated urban areas on the planet. The City that never sleeps, the Capital of the World, the Big Apple. New York, from many names and thousands faces. The city with the urban fabric and unique skyline in the world. Everything is possible in New York and everything goes through this city: trends, fashions, music, food, business. It is located on the New York Bay and occupies both the mainland (Bronx) and the islands of Staten Island, Long Island (Queens and Brooklyn) and Manhattan.
It is divided into 5 boroughs (borough) Manhattan, The Bronx, Queens, Brooklyn and Staten Island which are metropolitan counties.

Finding your own New York

Life in the city that never sleeps is unbroken. From the myriad of iconic attractions to the wealth of bars and restaurants, New York never fails to do things. Food lovers are spoiled, with countless restaurants offering all kinds of glorious food from a set of different cultures. Traditional customers happily mix with chic restaurants, giving everyone the chance to savour their favorite cuisine. New York City is also a shopper’s paradise and includes world-class shops like Bloomingdales and Macy’s among its many designer stores.
Because of its large size, New York City may seem a bit overwhelming at first. However, by carefully choosing the location of your holiday apartment or your hotel, you will maximize your visit time and be sure to get exactly what you want from your trip to the Big Apple.
Upper West Side Vacation Rentals are ideal for theatre lovers, as a significant part of Broadway runs through this cosmopolitan and residential neighborhood. Those looking to be close to many of New York’s most famous attractions should consider renting a Midtown West guest house. Manhattan is home to a number of New York’s most famous landmarks, including the Empire State Building, the Chrysler Building and Times Square. With 9flats, it’s easy to find an accommodation in New York either you’re looking for a cheap hotel in New York or you’re looking for a vacation rental or cheap apartments in NYC.

There are many areas, zones, neighbourhoods and districts to visit during your stay in New York. In 9flats you can find the best cheap accommodations, hotels and vacation rentals in the entire New York City. We recommend you:

Certainly the most famous district and the most visited by tourists. Very often in fact New York is identified with Manhattan only. It’s a district full of charm, with skyscrapers and breathtaking views, shopping paradises and everything you could think of finding. In this district you can find Wall Street, The United Nations, Times Square, Fifth Avenue. It’s divided into Lower Manhattan, Midtown Manhattan and Upper Manhattan, They’re also part of Manhattan: Randalls and Wards Islands, Roosevelt Island and Liberty Island. 9flats offer a wide choise of Manhattan cheap hotels.

also known as Downtown Manhattan , occupies the southern part of the island of Manhattan. It is enclosed to the north by 14th Street, south by New York Harbor, west by the Hudson River and east by the East River. In this area is definitely worth a visit:

Simply called “Midtown”, it is the real modern and hectic heart of the Big Apple, its economic center. Here you will find Fifth Avenue, Broadway, Madison Avenue, Park Avenue, the Empire State Building, the Rockefeller Center and Times Square. It’s between 59th Street and 23rd Street. If you want to book an apartment or a hotel in Midtown, here in 9fats you can find whatever you need.

Simply known as “Uptown”, it is certainly less hectic than Midtown and also more residential. And then there’s Central Park! It stretches between 59th Street to the south and 110th Street to the north.

It’s the largest district in New York City. It is home to John F. Kennedy and LaGuardia airports and famous universities such as Queens College, Queens University and Saint John’s University. It is a multi-ethnic district with a very diverse population. It does not have the skyline that Manhattan has but mainly small family wooden houses. 9flats offers you the best hotels and apartments in this district.

With historical, residential and financial areas and numerous attractions, many claim that this district, more than any other, reveals the true soul of the city. Some 130 different languages are spoken here, thanks in part to the fact that many different ethnic groups live together. With over 2.5 million inhabitants it could be a city in its own right.

The only district of New York City that is not an island, is inhabited by about 2 million people and is located north of Manhattan. Once infamous for its rampant delinquency and its dangerousness in general, today this district has changed its face. Of course, there are still areas where you have to be careful, like the South Bronx (SoBro), but otherwise it is a neighborhood that needs to be visited and has some pleasant surprises in store. Find any kind of accommodation in 9flats.

This is the least known district of New York and also the least populated. It’s also called “the forgotten borough”. But in spite of that, it’s still a good place to visit. To get there, unless you use the car, you have to take the Staten Island Ferry, which is still free. Visit the Garibaldi-Meucci Museum (420 Tompkins Ave, Staten Island, NY 10305) where you can admire objects and memorabilia of the two characters, as well as learn about their lives, or go to South Beach where you can take beautiful photographs of the Verrazzano Bridge and relax on the beach. Or visit the many colonial houses scattered around the neighborhood: Conference House (7455 Hylan Blvd), the only pre-revolutionary house in NYC built in 1680; Alice Austen House (2 Hylan Boulevard) and others. Special mention for Historic Richmond Town (441 Clarke Avenue), a village-museum that offers the chance to see what a 17th century rural village was like.

Stop being a tourist

You can bet to find your best deals on New York hotels on 9flats, with minimum effort. From New York City you can easily flight to other wonderful destinations. What about a unique apartment in Toronto, a cheap hotel in Boston or a central apartment in Chicago ? 9flats.com offers vacation homes all over the world, so whether it’s vacation homes in Los Angeles or a dream of a chic Paris guest house, there is certainly something for everyone.

Show me apartments in: